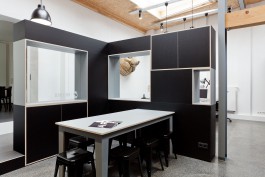 An old workshop in a backyard in Darmstadt, already renovated and converted, became the new headquarters for video production company VOLLBILD FILM. The two-story main room, which includes a gallery, was re-structured by developing a new room that combines different functions. An eye-catcher, the room includes an entrance area with wardrobe, storage shelves, bistro tables for meetings, a dining area as well as a kitchen and the entrance to the restroom that doubles as storage. A homogenous appearance was achieved by making use of only one material, which, in turn, was predominantly used in black. The material contrasts both with the tall, bright walls and the OSB surfaces that were already installed during the renovation. The thusly created look, supported by additional black furniture, differentiates itself from typical office spaces and gives rise to a new character within the converted location. The furniture for the gallery and the adjoining rooms was created in the same style. Additionally, a daybed was integrated. 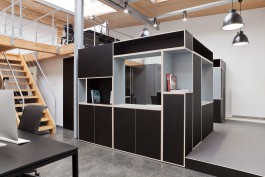 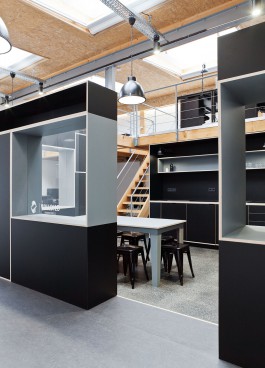 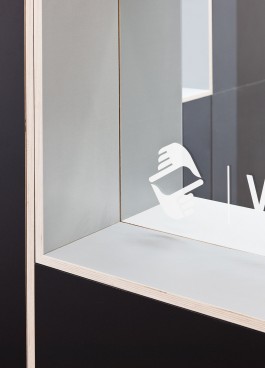 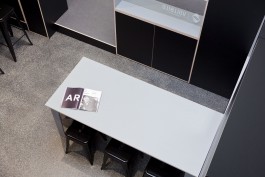 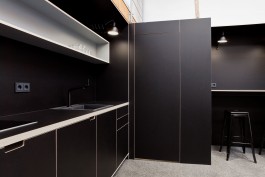 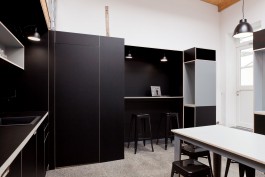 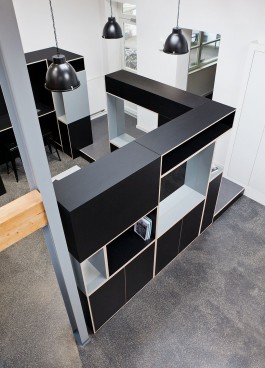 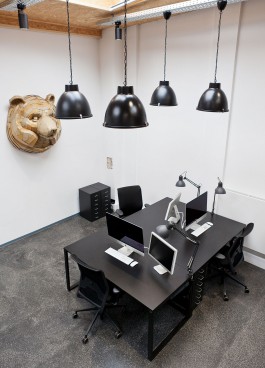 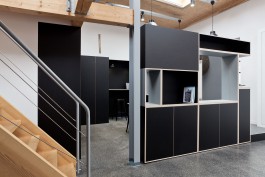 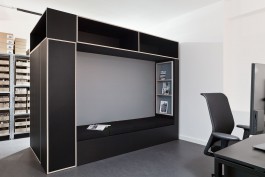 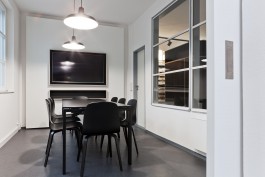 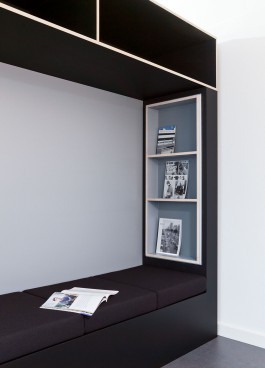 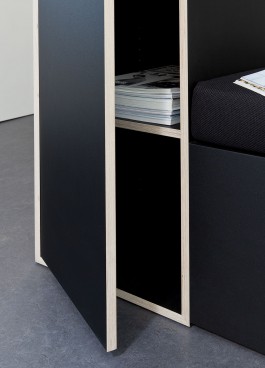